The answer for me is very simple. FFS. Without a doubt. This is your face to the world. Something you live with, every day. An expression of how you present yourself. What could be more important than that?

What’s between your legs?

Let me explain something. I’ve been on hormones exactly two years. In that time, the big guy’s shrunk. Noticeably. And my libido has run away. This was all to be expected. So what’s the unit doing for me, besides getting in the way? Not much.

And here’s the thing: unless I decide to reveal my private parts to someone, nobody would ever even know if I’ve had one, or not.

But my face? Please!

I’ve had this discussion with a number of professional therapists who treat trans individuals, as well as with innumerable friends. My conclusion is the rules were written by rapidly aging men who had a lot of trouble conceiving of what GRS would do to someone, and why someone would want to do it. Oh, they probably got it intellectually. But emotionally? Doubtful. So they created a list of requirements.

Like the fact that you need letters from two therapists, including one with a Ph.D., to get a doc in the US, any doc in the US, to perform GRS on you.

I understand it’s one letter, if you go to Thailand.

Ok, I guess, although I’m sure she knew that if she refused to write that letter, I’d find someone else. I sat through the sessions with her, thinking about everything I’d already been through.

Like FFS. Where ya pays ya money and ya gets what ya paid for. 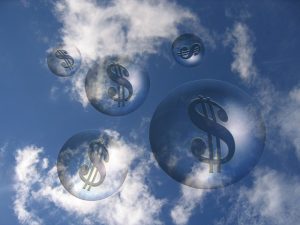 I did just that, last December. December 10, to be exact. I had gotten three estimates, all from docs based in the US. Oh, I’d read about Argentina, and Peru, and Mexico, and Spain and…let’s just say there are a lot of choices.

And, as with many things today, there are plenty of websites where you can go to read about the experiences of others, and marvel at their before/after photos. On the Internet. Where you can believe what you want to believe.

In each consultation, I tried to push the conversation back to what they thought I needed, and it was hard going. I got “What don’t you like? What would you change? How?”

However, I asked for a breakdown from each, and lo and behold, all three ended up being remarkably similar. One said I needed cheek implants, one said I was on the border for cheek implants. But they all basically came up, after much probing, over a period of several sessions, with more or less the same recommendations.

And their prices weren’t far from each other, either.

What to do? I went with the doc I liked the most, and felt I had the best rapport with. For those reasons. And, because of those reasons, I figured he’d care for me better, do a better job with me. Actually,I hoped the feeling was mutual. Because then I’d definitely not just be a number for him.

He then did seven procedures in all. I was on the table for seven hours. And the following morning, at a short post-op visit, he looked at me and said, “Everything worked out!  You look great!”

That’s why I went with him. How should I know how good he really was? I had consulted with a friend who had similar work done by him, had spoken to several other people who had gone to him, had his assistant digitally alter a photo of me…and give me a copy…which I showed to all my friends…and asked, what do you think? Think this is worth it?

Of course it was.

Although, I must admit, despite the doc’s admonition, the first week post-op was very disconcerting. What happens is, as the swelling goes down, your face changes dramatically. You look at yourself in the mirror each morning, and you’re stopped in your tracks by…what? Is this me? I look horrible!

And the next day you look horrible again, in a different way. 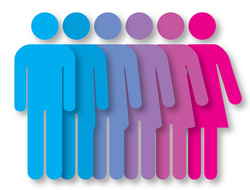 After a week and a half of desperate hibernation, the stitches came out, and I just couldn’t take it any more. So I went to the local drugstore, to buy concealer. I had large areas that were still black and blue. But I desperately wanted to do something, resume some semblance of real life, test the waters, see if children would cower in the corner when they saw me.

The woman at the counter looked at me…and, remember, this was sans make-up, suffering through an ultra bad hair day as a result of having to use baby shampoo…she said, mind if I ask you a few questions?

Welcome to the female world, I said to myself. I still see her occasionally, and she usually says to me, “come over to my counter, ma’am, you’re looking good!

And GRS? I’m planning on some time between Thanksgiving and the end of the year. I’m targeting that time frame for business reasons, because it’s a quiet time of year, with no travel. My surgeon is probably one of, if not the, most experienced in the world. I’ve heard her speak. I’ve met with her.

When I came up and introduced myself after a presentation, and told her I have a deposit with her, she grabbed my hands and said, “Thank you! Thank you!”

That’s what I want.

But how do you do comparisons? Of vagina against vagina? Of before and after?  The fact is  I’ve seen her work. I understand her work. I have confidence that she can do for me what she’s done for thousands of others. And I fully expect she will.

End of story. Because at this point, having gone through FFS, having told my family, having told my friends, having finessed all my work commitments, having changed my name, with an F on my driver’s license, having lived as a woman, completely, every day for the past year and a half or two years, I don’t have an exact start date, it didn’t work that way for me, I had to revert for specific work situations a few times, which could not be avoided, although they’re all behind me now…

Because at this point, GRS completes the picture, plain and simple.

Sure, I have trepidation about major surgery. Sure. But it’s nothing like what I went through before FFS, nothing like the the question of how I’ll look, how the rest of the world will see and perceive me and relate to me. Nothing.

I’m ready. And I do have the two therapist letters to prove it.

A New York native, Danielle Badler embarked on a writing and communications consulting career in early 2007, following more than 30 years in corporate communications, the last ten as the chief global communications officer for three Fortune 500 companies.  That experience involved six corporate relocations, including a year in Lausanne, Switzerland.