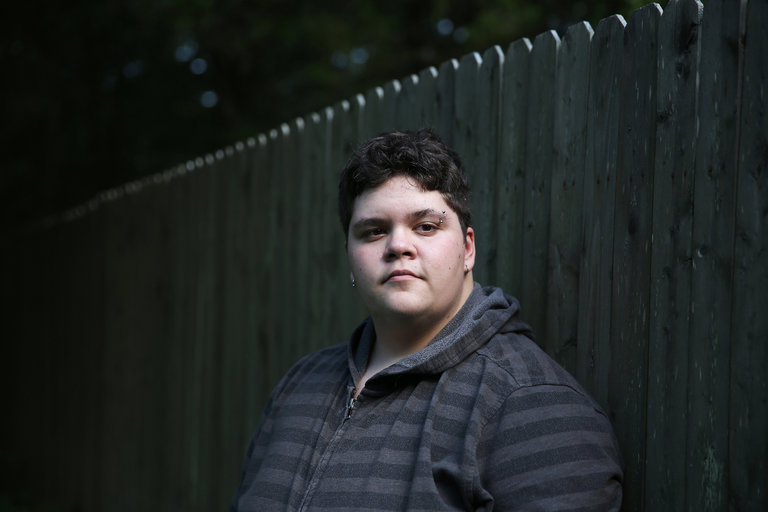 This week a story regarding a transgender high school student has resurfaced: the case of Gavin Grimm, a teenager in Gloucester County, Virginia. Originally reported on in April 2016, Grimm’s case will be heard by the Supreme Court sometime in 2017. Grimm has been denied access to the restroom which aligns with his gender identity, which is that of male.

In a column that Grimm wrote for The Washington Post he said:

If you told me two years ago that the Supreme Court was going to have to approve whether I could use the school restroom, I would have thought you were joking.” (1)

Grimm’s story has topped news coverage this week—impressive, given that election coverage has all but drowned out most other topics of conversation.

I get most of my news coverage from National Public Radio’s (NPR) program All Things Considered. I heard the Grimm story reported the program on twice and, each time, a phrase was used that is known by many media outlets to be a “no-no” when reporting on a transgender-related topic:

Grimm was born female but identifies as male.”

Let’s break the sentence down to learn why this is an issue, and what should be used instead:

In actuality Grimm was “born male” because that is his gender identity. He was incorrectly assigned female at birth. This assignment was based on the appearance of his genitalia.

Ideally, the mention of Grimm’s sex or gender assigned at birth wouldn’t even be mentioned, the reasons of which share next.

…but identifies as male.”

Using the phrase “but identifies as…” may lead listeners to believe that he is “choosing to identify” as male when, in actuality, he is male. Using words that affirm this reality is the best way to show respect to Grimm and his story. For instance:

…followed by the use of he/him pronouns to describe Grimm throughout the story.

Mentioning his assigned sex and gender at birth is fairly unnecessary, as the assumption can be made based on the fact that he is being described as someone who is “transgender.” If you want to provide a description as a means of defining “transgender” then say, instead:

Grimm, who was assigned the sex of female at birth but is actually male…”

A great resource for the media to turn to is the GLADD Media Reference Guide, which was created “for reporting fairly and accurately on transgender people” (in fact it specifically lists using the “born as…” phrase as offensive). (2)

When it comes to giving more accurate reporting on transgender news stories the media, in general, has shown improvement over the past year. That’s why hearing the use of “Grimm was born female but identifies as male” on a highly respected program such as All Things Considered was disheartening.

I do hope this primer proves to be useful to the program, as well as other media outlets who will be reporting on transgender-related news stories in the future.

Mx. Dara Hoffman-Fox, LPC is a gender therapist, educator, subject matter expert for the media, and “crusader” for the transgender cause. Find out more about Dara’s work at darahoffmanfox.com.