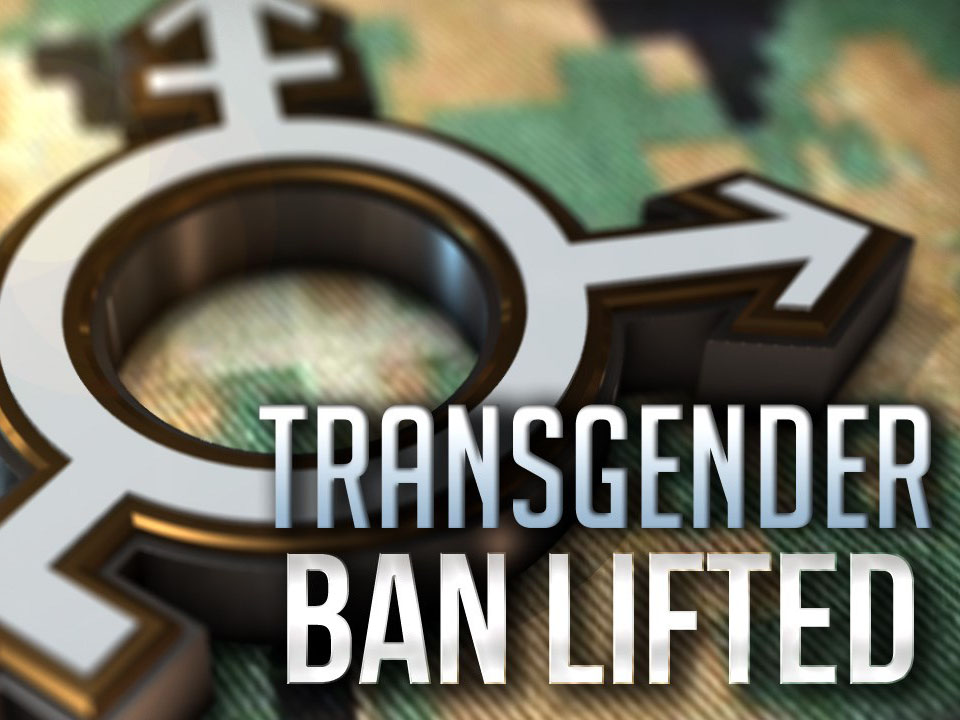 In years to come, today’s announcement by the United States Pentagon will be looked upon as one of the most historic moments of the entire “transgender movement.” The ripple effects of transgender individuals no longer being banned from being able to serve openly in the U.S. military are already beginning to be felt, and the waves will only continue to grow in size and number.

When the Pentagon speaks, people listen. In 2011 the ban against lesbian, gay, and bisexual persons being able to serve in the military was lifted. Between 2011 and 2015 public opinion gradually shifted on the issue of gay marriage, with approval for legalization reaching an all-time high by the time the Supreme Court ruled on the issue. By 2015 the Supreme Court ruled that state-by-state bans on same-sex marriage were unconstitutional, hence legalizing “gay marriage” on a national level.

Of course this societal shift would not have happened without decades worth of advocacy on the part of gay, lesbian, and bisexual persons and their allies. Having an entity as impactful as the Pentagon proclaiming, “These individuals are just as welcome in the military as everyone else” gave the cause a sense of legitimacy that grew exponentially over the following years, and continues to do so today.

Lifting the ban against transgender individuals serving in the military says to our society, “You there – yeah, those of who you have a problem with people who are transgender. Guess what? They are able to be just as good soldiers as anyone else! It isn’t a big deal for us to make this adjustment, and I suggest you do the same.”

There is a long way to go when it comes to increasing the general public’s awareness of what it means to be transgender. We must continue to humanize the experience of these individuals through powerful and positive demonstrations of compassion, understanding, and validation.

In this vein, today’s proclamation by the Pentagon gives the “transgender movement” a mighty fine boost in the right direction.

DARA HOFFMAN-FOX LPC (@darahoffmanfox) is a Licensed Professional Counselor and gender therapist in private practice. Frequently serving as a resource on gender and transgender issues for the media, Dara’s blog and videos are read and viewed around the world. Dara is a member of the World Professional Association for Transgender Health (WPATH) and the author of You and Your Gender Identity: A Guide to Discovery (discoveryourgenderidentity.com).

Laverne Cox on TIME Magazine: How Will it Help, and Perhaps Hinder the Transgender Movement?

Matt Kailey: A Tribute to a Legendary Contributor to the Transgender Movement

My 2008 Article “How Dr. Phil Has Failed the Transgender Population”