This Trans Voice: A Sexagenarian Transwoman

Welcome back to the latest installment of “This Trans Voice” This is a guest blogger opportunity for persons who are transgender (as well as those who are a part of their lives) who would like to share their stories and insights with you.

Today we’re going to hear from Florence Jane. Florence and I first connected when she sent me a message in response to a question I posed in my eNewsletter:

If you are trans – What do you wish most that non-trans people would understand about your experience?

I was both touched by her response and impressed by her writing, so I asked if she’d like to contribute an article to this website. I’m so grateful she agreed! She offers a perspective that is not often spoken of, and I think you’ll learn a lot from what she has to share with us. 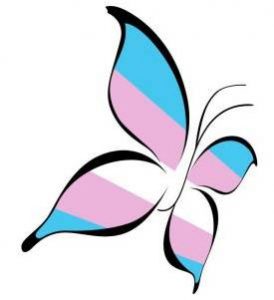 As we all have probably heard, everyone experiences gender in a way unique to ourselves. The transgender umbrella includes a diverse rainbow of different “types” of gender identities and ways to express that identity. We tend to group experiences into these types such as male-to-female, female-to-male, agender, non-binary, etc. to understand each other’s perspectives. We notice each other’s age, but rarely give much thought to how that might affect how one experiences gender, or how our expression of gender identity might be a function of our generation.

I was born less than a half-year before Christine Jorgensen was reborn and became a media sensation. It would be a decade before I would learn her sensational story as told by the media. At the point that I learned Christine’s story, I had grown weary of waiting for a magical transformation in answer to my daily prayers. True, there was a glimmer of hope in her story, but she was just the first American to find an answer to her prayer, and a rarity at that.

Renée Richards would be the next transsexual who would again offer me a glimmer of hope nearly a quarter century after Christine was reborn, and by the time I learned her story, I was already a young “man” who struggled daily to conceal the woman that lived inside. Again, the media circus faded and hope once again became a distant memory. The press simply was not replete with stories of gender non-conforming people, and it would not be until the early nineties when Brandon Teena’s murder made the news, and revealed the depth of hatred and violence against transgender people. As more news about gender non-conformity began to make news and I became more aware that I wasn’t alone, hope for a “normal life” or acceptance simply wasn’t forthcoming.

When I was young, the gender binary was a hard and fast rule. Violating the mores of your “assigned sex,” particularly for those “assigned male,” came at a very steep price. As most transgender children find, keeping my secret wasn’t easy, and yet in those times felt essential. My parents may have noticed how feminine I was and couldn’t miss that I felt certain I was a girl, but their response was always to try to force me back to the norm. If I had told them straight out, support would not have come. My parents were quite strict and very distant with me my entire life, making it unlikely that I would ever seek their help.

I identify strongly with Dylan (Daphne) Scholinski’s experiences in his book The Last Time I Wore a Dress. Children have much better radar about weakness and difference in others, and from my earliest memory, I was an outcast at school. Bullying was a daily event and in junior high school, I was subjected to genital groping routinely as well. By the time that I reached high school, the violence became more threatening and I withdrew from nearly all unnecessary contact with classmates. I wish that I could have learned to handle prejudice and hatred the way that Maya Angelou’s Momma Annie described in her first autobiography I Know Why The Caged Bird Sings.

I tell you this simply to offer insight into what probably wasn’t an unusual life for a transgender child in my generation. Oddly, I look back on those events with detachment, almost as though I were watching a movie. I have no idea if that is normal, but I can say that I no longer suffer from those memories. My experiences were simply that – mine. They may, or may not, be “typical” for my generation.

There have been many great examples of brave, self-confident people from my generation who unabashedly lived authentic, genuine lives in the full light of day. Just to name a few, Lynn Conway, Jenny Boylan, Jamison Green, and Matt Kailey, all authors of great memoirs. I’ve been fortunate to meet or correspond with some of these wonderful women and men who plowed a path for human rights for transgender people. I am in awe of the strength and wisdom I’ve seen in them. Are my heroes “typical” of trans-people of my generation? In my experience, and that of many clinicians, I think my experience has elements shared by a large number of transmen and women of my generation. A few good reads about these experiences can be found in True Selves by Mildred Brown and The Gendered Self by Anne Vitale.

While today’s transgender undoubtedly can also recite a litany of atrocities they suffered, I think it’s safe to say that more and more of today’s transgender youth are successfully coming to terms with whom and what they are at an earlier age. Today’s trans-kids have a far better chance to find a path that brings them some degree of inner peace and self-acceptance than Baby Boomers.

“62 and recently retired. Trans since first awareness of boys being different from girls. As you could see from the brief article, my childhood was a mess, and the profound sense of loss of being a normal girl and having a normal childhood and friendships is my biggest regret. No do-overs on childhood no matter what doctors can do for us.

“I lived in denial, married and raised a family living as a male. I had no help to understand what being trans was about and that I wasn’t the only one living with gender identity issues. A big awakening came when my wife showed me a story about Jenna Talackova, the Canadian trans woman who was competing in the 2011 Miss Universe pageant. My wife was never compassionate about trans people, so I don’t believe she had any idea how I would react. Here was someone like myself who had made it to a beauty pageant as an openly trans woman. She was a living, breathing example of the possibilities and realities for today’s generation of transgender. From that point I had to use the internet to learn about the world I had been unable to discover. What a gold mine was out there to discover.

“It took awhile, and lots of inner struggles and sessions with a gender therapist to find the courage to come out to my wife – I feared the worst, but so far we are still together. Later, I came out to my children and still have their support as well. I haven’t transitioned, though I am increasingly androgynous – what a rebel! Androgynous is progress. I remain closeted to the rest of the world as a compromise with my wife. For now, that is okay. I can’t predict the future, but I do take ownership of my sin of omission and will be patient so long as she remains patient with me. She was my best friend before we married, and we remain that way today despite the stress that coming out put on our relationship.”

This Trans Voice: The Truth Will Set You Free, by Emma