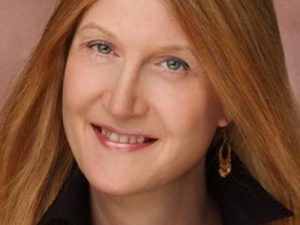 On May 3, 2013 I caught wind that Jennifer Finney Boylan had a new memoir coming out called Stuck in the Middle With You: Parenthood in Three Genders. This bit of news was exciting to me for two reasons.

I’ve been using Jenny as a mentor for my clients for several years now. Her award-winning 2003 memoir, She’s Not There, leaps off my therapist bookshelf and into the hands of so many of my trans clients that I haven’t even had a chance to read it yet myself (something I will remedy in the near future since I just purchased the newly-released 10th Anniversary Edition of the book and will be greedily keeping it for myself). A new Jenny Boylan book meant more insight, understanding, and connectedness for both my clients and myself.

The other reason? I heard about Stuck in the Middle With You on NBC’s “Today” Show. In other words, transgender news equaled national news which equals a big smile on my face. (Watch the news clip on YouTube).

Over the past three months I’ve continued to see Jenny, joined at times by her wife Deirdre and sons Zach and Sean, appear on countless other news programs (including NPR’s Here and Now), magazines (including a featured article in People), as well as the book being reviewed extensively and favorably.

Here’s a partial description of the book, directly from Jenny’s website:

In my new book, Stuck in the Middle with You: Parenthood in Three Genders, I write about the differences between motherhood and fatherhood, and how gender affects the children we have been, and the parents we become. It’s my hope that having a father who became a woman has helped make my sons, in turn, into better men.

Stuck in the Middle With You, however, isn’t a book that’s solely about my own experience with sex and parenthood.  It also contains ten interviews with other fathers, mothers, and other “former children.” Many of them are well-known writers in their own right–Richard Russo, Edward Albee, Anne Beattie,  Augusten Burroughs, and others as well.

When I appeared on the Oprah Winfrey Show in the wake of She’s Not There, one reader wrote me, “The strange thing about you, Jenny Boylan, is that you sound almost like someone a person could know.”

It’s my hope that Stuck in the Middle With You can also open a door for readers, and enable them–with laughter, and with tears– to really consider what we mean when we talk about men and women, about fathers and mothers, about daughters and sons.

What Jenny said about the reader who felt she sounded “almost like someone a person could know” is what I think makes her stand out as such a vital Trans Voice. She gets cisgender people to listen, understand, and care by simply being herself. A few of the reviews for Stuck in the Middle With You demonstrates this:

“[B]rings irreverence and a merrily outrageous sense of humor to this potentially serious business….What [Boylan] accomplishes, most entertainingly, is to draw the reader into extremely strange circumstances as if they were utterly normal.” – Janet Maslin, The New York Times

“Probably no book I’ve read in recent years has made me so question my basic assumptions about both the centrality and the permeability of gender, and made me recognize myself in a situation I’ve never known and have never faced….The universality of the astonishingly uncommon: that’s the trick of She’s Not There. And with laughs, too. What a good book.” – Author Anna Quindlen

I will admit I was absolutely struck by a cozy “familiar” feeling that I had with Jenny as I read Stuck in the Middle (notice how I am calling her “Jenny” in this post, even though I don’t personally know her? That’s the effect she has on her readers!). Both the inward and outward adventures she has with her wife and kids drew me into a world that hinted of my own, and at the same time offered a much-needed look into what makes her world unique.

One night, after I’d finished another chapter in her book, I turned over and gushed to my wife, “I feel like I’m becoming friends with her!” Lauren knows I have a tendency to want to personally know every person who ever inspires me, so she found my sentiment to be cute. I even went so far as to wondering if Jenny would like my blog, and how I excited I was to learn that we share the same birthday!

Jenny is also a professor at Colby College in Maine, where she has been part of the English Department since 1988. I can see the teacher in her come out during interviews as she walks the (usually) well-meaning and curious interviewer through her world. She demonstrates patience, a “there are no stupid questions” sort of approach, as well as offering beautifully honest real-life examples that enable the listeners to connect with, and even relate to, what it is she that she experiences.

I could just go on about everything that Jennifer Boylan is involved with, including serving on the Board of Directors of GLAAD and being a member of the Board of Trustees of the Kinsey Institute for Research on Sex, Gender, and Reproduction. Her website, www.jenniferboylan.net, is the best source to find out more about her writing (including novels and young adult books), media appearances, blogs she contributes to, and an extensive biography.

Be you trans, a trans ally, or merely a fan of really good memoir storytelling, start with She’s Not There, followed by Stuck in the Middle With You. There is also a Readers Guide you can use along with the latter that presents thought-provoking questions to pose to yourself, in a classroom setting, or a discussion group. Get to know her and her story – you will leave feeling entertained, touched, thoughtful, and all the more wiser about not only the transgender experience but about the human experience as well.

ORDER THESE TITLES THROUGH THE LINKS BELOW AND I’LL GET A SMALL KICK-BACK FROM AMAZON! THIS HELPS ME CONTINUE TO CREATE FREE CONTENT FOR MY READERS. 🙂