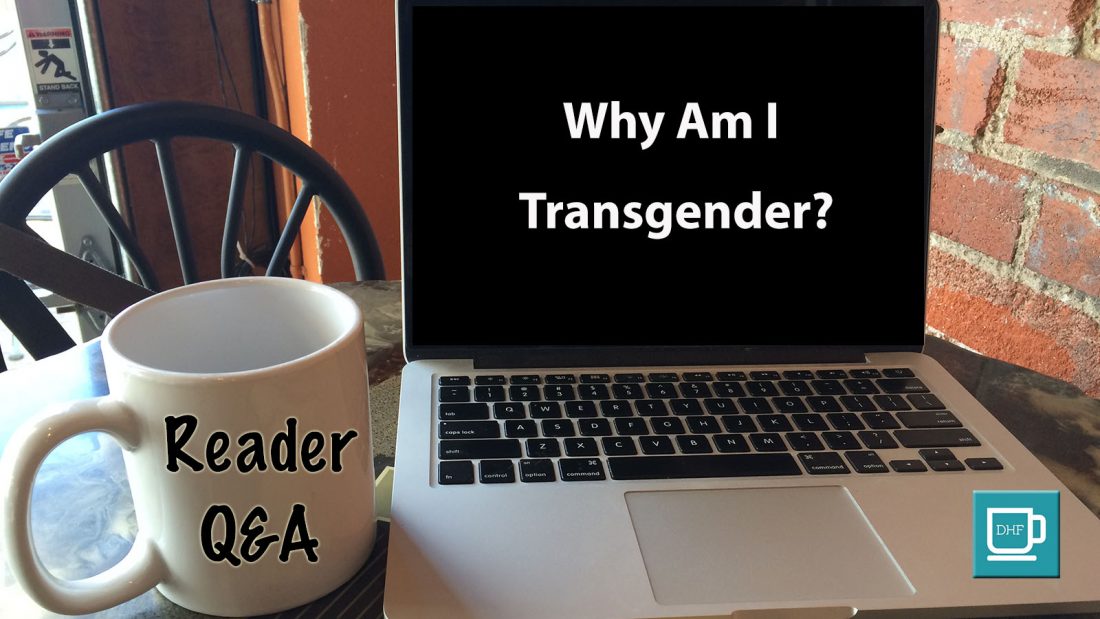 Reader Q&A: Why Am I Transgender?

Welcome to the another installment of READER Q&A!

This is a regularly featured segment in which I share with you conversations I’ve had with readers (as well as watchers of my YouTube series) in which they ask questions and I do my best to answer them.

Today’s Reader Q&A response is actually not from me, but from a Guest Contributor! They go by MxtrMeike13 and have a blog you should really check out.

Now, let’s get on to today’s reader question…

I’ve received a number of inquiries that go along these lines:

I know what it means to be trans, and that’s the closest I’ve come to finding a word for who I am. But why are people transgender?  What causes the misalignment between body and mind?

Before I get into it, please recognize that I am by no means an expert in all things transgender. I’m just a trans person who happens to really, really likes researching basically anything, and I’m also a social worker who’s specializing in therapy for trans folks. In terms of years I’ve been looking into gender and sexuality minority (GSM) issues for ten years, transitioning for almost four years, and studying social work for another two years.

And now for the all-important question: What makes people transgender?

There are no “male” or “female” features in the brain. The vast majority of brains are mosaics of features; some of these features are more common in MAAB folks, some more common in FAAB individuals, and yet others are common in both.

Basically there is no sort of brain that makes a male a “male,” nor a brain that makes a female a “female.” I place these words in quotations because identity is more of a social construct than it is a biological imperative. That is, our identities are a product of our environment. The ways in which we express our personal identities depends in some part on the social environment in which we find ourselves. This is known as social identity theory (which was first coined by Tajfel and Turner in 1986, in case you were interested.)

Still not convinced at the inherent fluidity of biology? Take a look at this video done by fellow blogger theevolutionofman:

And here’s another video that, while isn’t as scientifically backed-up, it does speak to the social interactions that go into making up our gender identities. Look specifically at 2:00-4:34 and 5:25-6:41:

EDIT: Here’s a neat, short, and easy-to-follow video that I found after writing this post. AND it has science and sources! My only critique is that the vlogger states that brains are inherently male or female.

So what does this mean in terms of transgender individuals — what makes people transgender, at the end of the day? As a general rule, nobody knows. Which is a huge disappointment for people like myself, who structure their lives around tangible, scientifically verifiable facts. Taking all the above sources into consideration, doing some extensive brooding, and giving myself time eventually led me to an answer:

I am transgender because I am.

I’ve said it before, but it bears repeating: Ehyeh asher ehyeh, “I am that I am.” I came to realize this undeniable truth about myself as I grew older, and instead of denying it, pretending it doesn’t exist, or shaming myself and others who identify as I do, I decided to embrace it. No, I don’t have a solid scientific basis upon which to make this decision, although the identity theory of mind gets somewhat close. I only have my own thoughts, feelings, beliefs, and experiences off of which to go.

And you know what? That’s perfectly enough to go on. Just do you, and the rest will fall into place, given enough time and patience. Life’s not easy; it was never advertised as such. So don’t make it any harder by digging through yourself with a fine-toothed comb for answers that even modern science haven’t given us yet. Take your experiences as they come, day by day, minute by minute, and listen to yourself. After all, you’re the only expert out there on yourself.

This blog post originally appeared on GENDERWEIRD and was shared with the author’s permission. 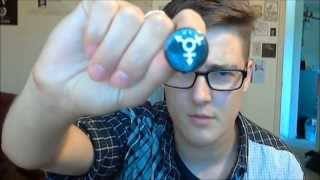 I am a demisexual, gender neutral, non-binary person and an identical twin. I enjoy reading, writing, playing instruments (cello, guitar, piano, handbells), and I thoroughly enjoy practicing archery. I love slam poetry, as well as music, which is an art unto itself. As far as education goes I am a German and Psychology double major from a small private Lutheran college in the Midwest, and I’m starting my studies to earn a Masters in Social Work. You can find my blog at esgibthope.wordpress.com.

Reader Q&A: “How Do I Hold Onto a Loved One Who Struggles with Me Being Transgender?”

Reader Q&A: Trying to Figure Out if I’m Transgender is So Complicated!