Wonder why an issue such as the right for transgender persons to use the bathroom that matches their true gender identity requires an ongoing discussion on this blog? 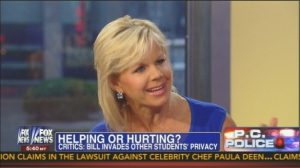 These are clips from Fox News’ response to California governor Jerry Brown signing a bill on August 12th that allows students to use the restroom that matches their gender identity, as well as allow them to participate in whichever gender-specific sports team they align with as well:

“When I was five or six I wanted to be a flower, so I don’t know how well these kids know about their sexual identity and transgender and all of that…”

Other comments included a criminal defense attorney stating on CNN that the measure “might ‘infring[e] on the privacy of other children,’ asserting – without evidence or explanation – that the mere presence of a transgender student would be enough to violate other students’ privacy rights.”

I understand this is a concept that is new for a lot of folks and they’ll need some time to wrap their minds around it.

But it is misleading and unprofessional for these commentators and analysts to choose to remain ignorant to the truth of what it means to be transgender. To use that ignorance as an excuse to be disrespectful, dehumanizing, and scare-tactic-promoting is not only cruel but also dangerous to the safety of transgender students and adults.

For those of you who are reading this blog post in order to become more educated on the transgender experience, allow me to take this opportunity to clear up the myths that continue to be brought up by opponents to these sorts of laws.

Myth #1 about Equal Access to Public Restrooms for Transgender People

“This means Boys/Men can now be in the same bathrooms and showering facilities as Girls/Women. They will use this opportunity to spy on them, grope them, assault them, etc.”

Truth #1 about Equal Access to Public Restrooms for Transgender People

When someone is transgender, they do not identify as the gender they were assigned at birth. They were assigned that gender based on their genitalia. Their true gender is based on a feeling and a knowing that they are not that gender. Therefore if someone identifies as a transgender female, when she steps into a restroom she is a woman. If she walks into a men’s restroom, it feels wrong, weird, like she doesn’t belong there. Step into the restroom that doesn’t match your gender identity, you’ll see what I mean.

Myth #2 about Equal Access to Public Restrooms for Transgender People

“It’s going to be uncomfortable/an invasion of privacy/offensive to have to see people who aren’t my gender in my restroom.”

Truth #2 about Equal Access to Public Restrooms for Transgender People

First of all, you have probably been in the restroom plenty of times with someone who is transgender and didn’t know it. That’s because they really don’t want attention. They just want to use the bathroom.

Do you plan on staring down every person who comes into the restroom to be sure they are “really” the gender they’re supposed to be? How do you know if someone is transgender or not? Will you ask them for proof? Sounds more like the uncomfortable/invasion of privacy feeling would come from you creating that atmosphere, not them.

Lastly, most people who are transgender don’t try to use the restroom of their true gender identity until they feel like they can do so without an issue. Do you think they want your stares and glares? They aren’t there to cause you a problem, or to challenge you, or to spy on you. The people who are out there who want to do that will find ways to do so without having to use transgender civil rights laws passed to allow them to do so.

Myth #3 about Equal Access to Public Restrooms for Transgender People

“Now anybody can say they are transgender and be able to use whichever restroom and shower they want!”

Truth #3 about Equal Access to Public Restrooms for Transgender People

As I’ve heard from several of my transgender clients, “Why would anyone want to say they are transgender just so they can do that!” This notion of a boy bolting into school on Monday insisting he is a girl, ransacking the girls restroom for the week and then on Friday saying, “Just kidding, I’m not transgender” is, frankly, silly and is being used just to get a reaction.

It’s actually amusing how many of the Fox News commentators state that if they were boys or girls in California, that they would have taken advantage of the law to do these sorts of devious things. That’s nice, thanks for sharing, but that’s you, not people who are transgender.

It’s true that I’m sharing only the Fox News perspective of this debate – a perspective that is extreme and yes, “worse case scenario” when it comes to those who are against transgender equality.

However, millions of people watch Fox News. And there are a certain number of those viewers who take what the commentators say about transgender issues as truth. They then carry that belief with them into the world, possibly telling others what they’ve “learned.” Eventually they may even interact with someone who is transgender, be it a child, teenager, or adult. They may then feel it’s okay to treat this person with rudeness and suspicion, to embarrass them publicly, or to even hurt them.

The fact is there is a tremendous degree of fear and misunderstanding around what it means to be transgender. And that means certain people believe they have the right to treat people who are transgender as “lesser than” and to dehumanize them.

It’s hard to hear these kinds of stories of judgment and degradation from my transgender clients. But I see it as a much needed reminder to for us not become complacent when it comes to getting education out there and more protections passed for this community.

“What you just said is not okay.” When it comes to what you can say to someone who is speaking unkindly or ignorantly about people who are transgender, this is a simple yet direct place to start.

I have a friend who was recently in a business meeting and this guy began to say how awful the California law was and what else he thought about people who are transgender. She informed him that she has a close friend who works with transgender clients and that what he was saying was nonsense (she’s especially aware as to when someone is exuding “majority status” privilege because she herself experiences criticism for having an interracial marriage).

Of course this isn’t always easy to do, especially if you aren’t comfortable with confrontation. I like the advice given in Five Tips for Calling Out Transphobia by Samantha Allen. Take a moment to read through this article.

In summary the tips are: 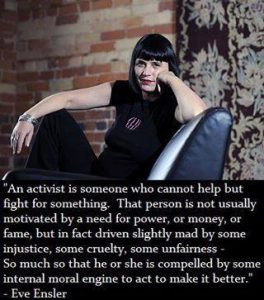 The Transgender Right to Equal Access to Public Restrooms

Why do Transgender People Need to Use the Public Restroom that Aligns with Their Gender Identity?