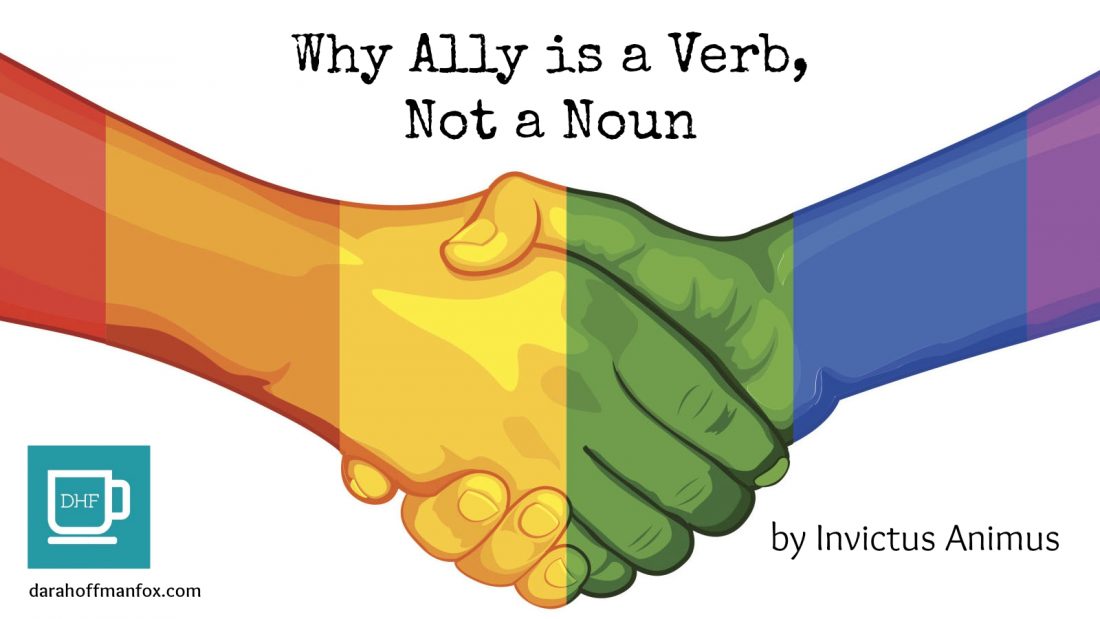 Why “Ally” is Verb, Not a Noun

“Allies” aren’t people. People may “ally” themselves to a cause. “Ally” is a verb.

Now, I know that usage-wise, my stance is a bit controversial. “Ally” has long been used as a noun. But this usage creates a false expectation that actually causes real harm to the oppressed communities allies claim to support. Just like “transgender” has some parts-of-speech controversy, “ally” has increasingly been used as an honorific identifier all of its own.

I have a lot of love for allies. Some have saved me from committing suicide. I am in a long-term relationship with one of them. But the kind of allies I allow in my space are not the ones who “did something good once” for the cause, or even a dozen times, and now feel this entitles them to a medal of honor and a special treatment program, but rather allies who recognize that being a good ally means a constant, hard-working struggle alongside the communities they ally themselves with.

And that’s where the discrepancy lies.

Being an ally is not about me: it’s about the community I support. It’s about shutting up, showing up, educating myself on the downtime from public sources available for me, and not taking up space with my privilege.

While I am a white person in alliance to communities of people of color, I do not need a white flag. See how strange that sounds? A “white ally pride flag?” Why should straight allies, or cis allies, get one either?

Of course it’s good to be in alliance with the QUILTBAG (LGBTQIAU+) community. You can even be proud of the help you offer. But with how much work there is still to do to bring actual and realized equality to oppressed peoples, I sure would feel like it was a false victory to wave a “white ally pride flag” around to indicate how proud I am that people of color still are incarcerated at a rate much higher than their population representation, are still disproportionately victims of police violence, are still denied economic equality, and are still in real ways facing a huge and bloody battle to get the resources and rights they should have naturally given to them as a human.

It’s like waving a victory flag at the point when the majority of your troops are dying under enemy fire.

I am not proud to be an ally. I am proud to be behaving like one. My behavior is what helps oppressed communities, not my identifier. I don’t need my own flag to help others in their struggles, most especially if that takes space they could otherwise use. 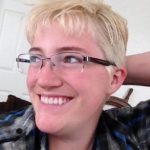 Invictus Animus is a white, mostly-straight pansexual transmasculine genderqueer person living in a fairly trans-safe community, who is mostly neurotypical and able, and therefore has a bias. 🙂

Interview with the “Women-In-Depth” Podcast