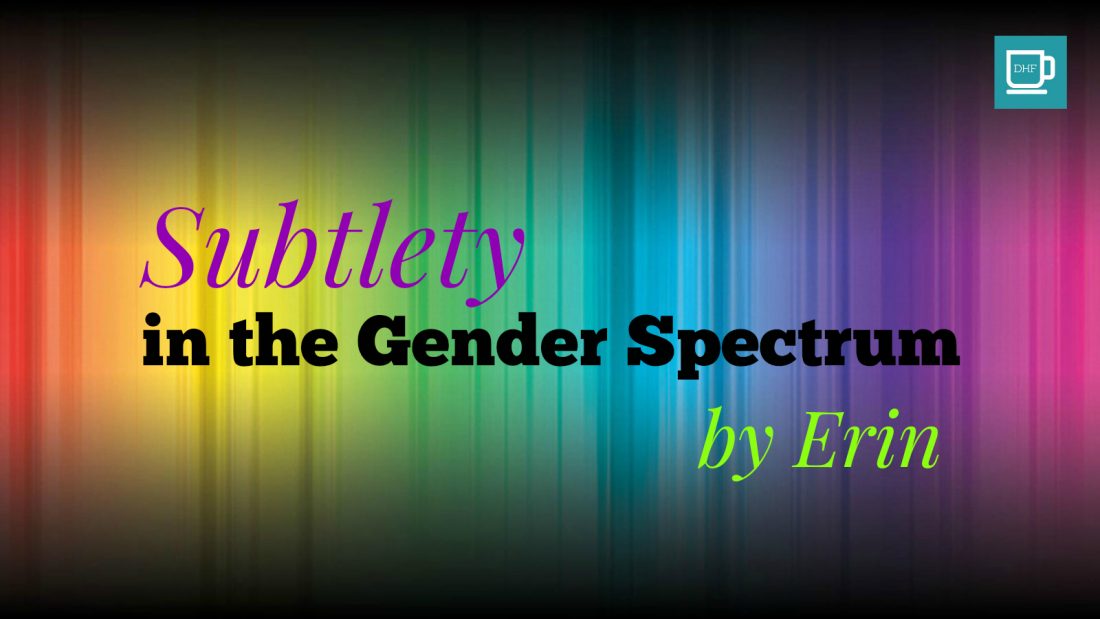 Subtlety in the Gender Spectrum

Ever since I was six, I was consciously aware that there was more to me than met the eye. I used to think I had a split personality. Because of my age and the fact that I grew up in a rural Australian town, my feelings were quickly dismissed. I was bullied at school, so I thought that perhaps I was just in poor health because of it, and didn’t think about it any further.

I had no idea what being Trans* meant, and it took me a shamefully long time to learn due to the environment I was immersed in. I broke free of that, and then I started learning.

It wasn’t until a few years ago that I discovered the truth about myself – not only was I pansexual, but I was gender fluid as well. There are many reasons that I didn’t realise until later on in life and they include my environment, my upbringing, my health and wellbeing, and the insidious nature of myths and untruths concerning the LBGTIQ+ community. There is also one other reason, which I’d like to focus on in this article.

The ways I experience fluidity are often subtle.

I was assigned female at birth, but a lot of my self-expression and behaviours were often considered “tomboyish,” or not definitely feminine otherwise. I considered myself a tomboy for many years, and there were stages of my life where had it not been for my body or my name, it may have made more sense if I had been assigned male.

Falling in love with dresses again during my teenage years was a big shock to me. I began to embrace femininity more, but that’s not where my natural default ended up being.

Upon meditating over all of the resources I’d come across during my questioning, it dawned on me that I rested in neutral —gender neutral!

I know that non-binary, gender neutral, and terms like it mean different things to different people. But for me, being gender neutral means that my identity rests in an ambiguous place. This place is somewhere in between the spaces in the spectrum that men and women in the culture I live in identify.

To imagine it, picture the hegemonic/stereotypical ideas associated with men in your society/culture at one end, and females at the other. Of course, not everyone who identifies within the binary will be right at the ends of the spectrum—that’s why it’s a spectrum.

As the identities of male and female drift away from the ideals and stereotypes, it starts entering a grey area in the middle. Being non-binary is being in that middle, and may branch off depending on how one feels specifically.

I came to realise that while I usually feel like I am in that grey area, my point of identity does drift towards one way or the other sometimes as well.

How do you know if you are in the middle, or at any other point? Sometimes, it’s really hard to know. I found my answers through doing a lot of research, asking myself questions, and meditating on my life to find the answers. You will definitely find more than one clue in your life as you think about the past and present. You may even find some in thinking about the future.

One thing I noticed about myself was that despite having a biologically female body, I connected with the notion and desire of being a father a lot earlier than I did being a mother. I also thought about how I conceptualised myself, and realised that there was a significant aspect that didn’t identify with “female.”

How I related to others who identified as having different genders, how I dressed, and how often my expressions changed were also important things that I learned to take notice of, and give it more importance than I had previously been giving it. I always had felt a strong resistance to the concept of the “ideal woman,” but in truth it was something more than that for me.

Trying to shed the ideas that originated from the outside world and not within myself was a difficult but essential thing I needed to do.

I’ve been wishing I could grow facial fair for a large part of my life, since puberty.

There was one particular exercise that I discovered which really helped. It was a meditation exercise, and the task was to meditate on the differences between attraction, expression, and core identity. I became inspired to do it because of this article, “Gender Expression is Not Gender Identity”—particularly the end section.

As I tried this for the first time, I examined my situation in layers, starting from connections to others, and working in. Separating the concepts of gender expression and gender identity were really difficult for me to begin with, but I meditated on the idea of what sort of body would match up best with my soul (heart, sprit, core, whatever you call it!) in terms of gender if I had the opportunity to decide.

My answer ultimately was that if it weren’t for the fear of how others would react, it really didn’t matter for me. I imagined waking up one day in a male body, and how that would be for me. I couldn’t see myself acting much differently at all. There would still be a part I’d struggle to express, as there is now with me in a female body. I imagined having no body parts that would drop clues to biological sex, and that also didn’t bother me. I imagined different types of male, female, and ambiguous bodies to make sure my responses weren’t being skewed by the hegemonic ideas of beauty, and my answers were still the same.

Although it is unfortunately impossible to shape-shift at will, meditating on the possibility of being in a different body—the ultimate in theoretical gender expression—can help to answer questions, and it worth every emotion that is felt in the process.

Once I realised that I existed mostly within the non-binary area of the gender spectrum and sometimes crossed over into the female zone (and also occasionally into to the male zone), a lot of things in my life suddenly made sense. I had the perspective to understand why my expression via clothes was so varied in my childhood photos. Interestingly, that expression only started to stabilise after I began grade school, although the desire of being able to shape-shift at will never did leave.

The feelings of sometimes wanting to be a boy that seemingly came from nowhere made sense—they didn’t come from nowhere, they coincided with stages of my life where I was more masculine, refusing to wear the uniform dresses and skirts, wide brim hats, and other things associated with being female. I didn’t always feel comfortable being associated with females in general (and still sometimes don’t), and at times even felt a little guilty for how much I found myself associating with men.

I was incredibly oblivious to myself for a long time, but I feel like that perhaps if there had been more information and support available to me at an earlier age, I would have realised sooner that in some instances, even the soul doesn’t always stay fixed. My being is fluid.

It is something that is often explained away by a million different other things, and even now I am conscious of the fact that it’s not a story that involves things like strong binaries, or plans to transition or use hormones.

Existing in a non-binary sphere is not an easy thing to explain or express, but I encourage everyone—no matter who you are—to listen to your instinct, and let it open the door to expression for you. There’s no such thing as being “not fluid enough,” or “not queer enough.”

You know better than anyone else where you stand in terms of identity, in all its aspects. Find the things that resonate with you, and go and embrace it as tight as you can!

Don’t believe any naysayers. You may be a tomboy or tomgirl. Or you may be fluid, queer, trans*, and so on. You have the ability to find and grasp the truth, and I hope that you can find freedom in it. 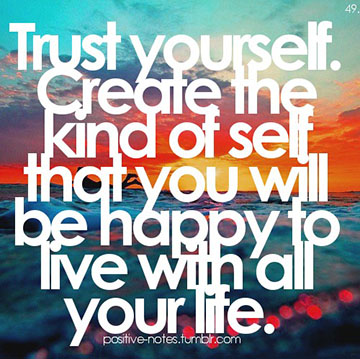 Erin is a female-assigned-at-birth (FAAB) gender fluid person in nir mid-twenties. Ne also considers nemself Pansexual, but acknowledges ne has preferences. Nir journey in exploring and affirming nir life experiences has only begun recently and ne feels like ne hasn’t got it all figured out, but is happy to let life unfold from here.

Erin lives in Australia, and has for most of nir life. Ne used to live in a “quirky” apartment with a great view, but now lives in a small house which is really nice, but quite out-of-the-way (you can never win!). Ne loves to create things, has a faith which could be described as Christian but is admittedly in the process in evolving in that regard, and loves travelling and most kinds of adventures, even clicking around on Google Maps sometimes in attempt to calm the urge to go out there and explore.

Erin finds nemself loving God and life (and all that’s within it) more and more, no matter where nir journey takes nem, and desires to return the love that ne has found in whatever ways ne can.